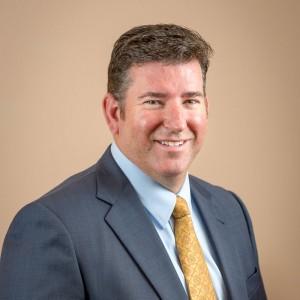 My legal career started when I was granted status by the Washington State Bar to represent people in District Court proceedings while just in my third year of law school.  After earning my Juris Doctorate from Lewis & Clark College in June of 1993, I was admitted to the Washington State Bar in November 1993 and began my practice in Vancouver, Washington.  While working first for small firm and then in a partnership, my practice was very broad.  I served in a number of public capacities including legal counsel for indigent persons, as prosecuting attorney for the cities of Battle Ground, La Center, and Ridgefield, Washington and as a Judge Pro Tempore for both the District and Superior Court of Washington in Clark County. Eventually, I hit my stride representing clients in family law cases and I opened my solo practice in 2018 and the rest, they say, is history.  This body of work gave me vast experience in courtroom evidence and procedure which continues to serve me and my clients to this day.

Here is what do people say about my work

I was referred to Mr. Spencer via a friend and after our initial consultation I knew that his experience would be an invaluable asset in helping me resolve my case. He was forthright and spelled everything out for me, and explained how he could help me and what to expect as far as range of possibilities in my court case as a defendant. I retained Mr. Spencer and he always answered my questions in a very timely, thorough manner. Mr. Spencer was able to resolve my case in circumstances that I was satisfied with. If you are in need of an experienced attorney that will be honest while being an advocate for you, I would highly recommend him – Brian P., Vancouver, March 2018

First of, I want to thank you for your counsel during this grueling process. In our initial meeting you laid out an expectation of how this process would transpire. The process followed that expectation almost exactly. I appreciated the candor then, and appreciate it even more now. I would also agree that the outcome be graded as an “A”, as frankly I did not allow myself to believe that we would have been awarded the lions share if what was asked of the courts. I believed the case was strong and warranted the judgements that have been made but I also believe that your preparation and actions in the courtroom were paramount to the decisions made – Patrick O., Vancouver, January 2018

Who am I outside of work?

I love the outdoors.  When my schedule and the weather permit, there is nothing finer than a weekend retreat to the family cabin where. When the weather is uncooperative, you can find me supporting my favorite soccer teams on the big screen (YNWA/RCTID), in the kitchen cooking my favorite comfort food, or in my recliner planning our next family adventure.   I do enjoy a good work/life balance and I am grateful for my family and friends who make that possible.  Cheers!